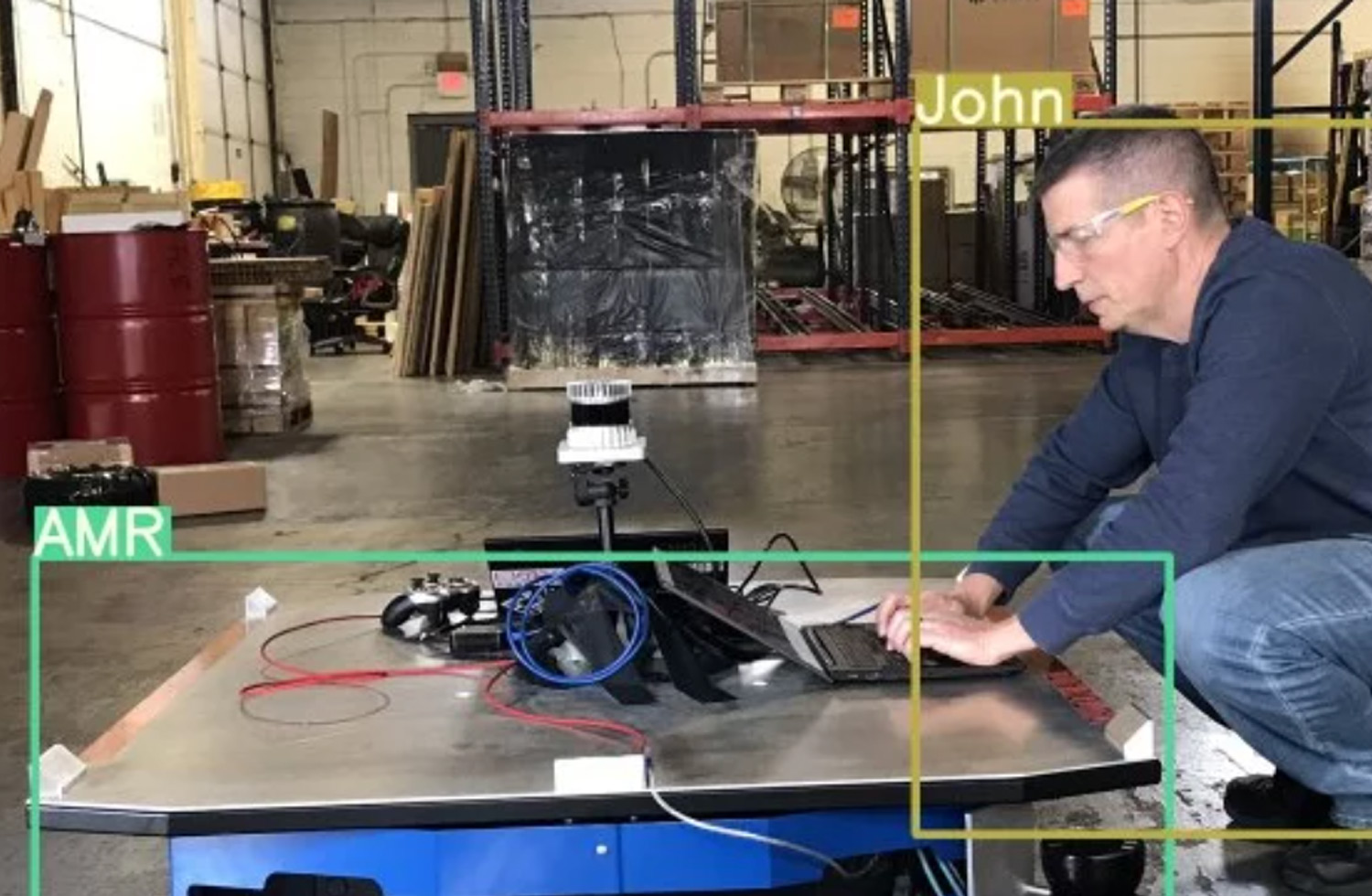 Tom Panzarella and John Spletzer know their way around a warehouse floor. As career roboticists and longtime Robot Operating System (ROS) open-source contributors, they have helped the robotic automation industry grow and evolve to where it is today. Now, they think it is poised for breakout growth.

After exiting from their previous startup, Love Park Robotics, in early 2018, Panzarella and Spletzer have turned their attention from pure 3D computer vision and perception tasks to the algorithms that affect driving performance and autonomy of industrial mobile robots. They are building and commercializing an HD Mapping software stack, and are bringing long-range 3D lidar to the warehouse via their new company, Box Robotics.

Companies are deploying fleets of Automated Guided Vehicles (AGVs) to move goods throughout the warehouse, without the need for a human operator. These deployments are seeing positive returns on investment in response to significant labor shortages and high turnover costs. Industry interest in AGVs and unmanned forklift trucks is growing rapidly.

Early AGV technology relies on a primitive guidance system of single-line, planar laser scanners which often also rely on carefully placed reflective markers to allow the vehicle to localize itself and navigate a simple layout. These systems are limited in the scope of capabilities the robot can perform, lock the vehicle to a predetermined “guidepath”, and move slowly. Humans frequently have to intervene to rescue an AGV due to blockages on the guidepath, localization failures due to inventory turnover, or collisions with objects unseen by their primitive safety system. Even when they work well, they still move slowly.

But over the years, AGVs have gotten smarter and faster. Using a combination of low-resolution lidar sensors and cameras, AGVs can now perform relatively complex tasks at an acceptable speed, usually around 1.5 to 2.0 meters per second, in a less well-defined environment.

But Box Robotics is not satisfied with merely acceptable speeds. Human-driven forklifts travel at speeds over twice that of modern AGVs and with much higher agility. Knowing that the faster a robot can safely travel, the more efficient and cost-effective it will be, Tom and team have taken inspiration from the self-driving car industry and set out to build a brand new HD Mapping autonomy stack.

Made up of proprietary software, off-the-shelf hardware, and backed by a set of professional services, Box Robotics solution, Warehouse HD, can be retrofitted onto AGV platforms and seamlessly integrates with their existing vehicle drive control systems. 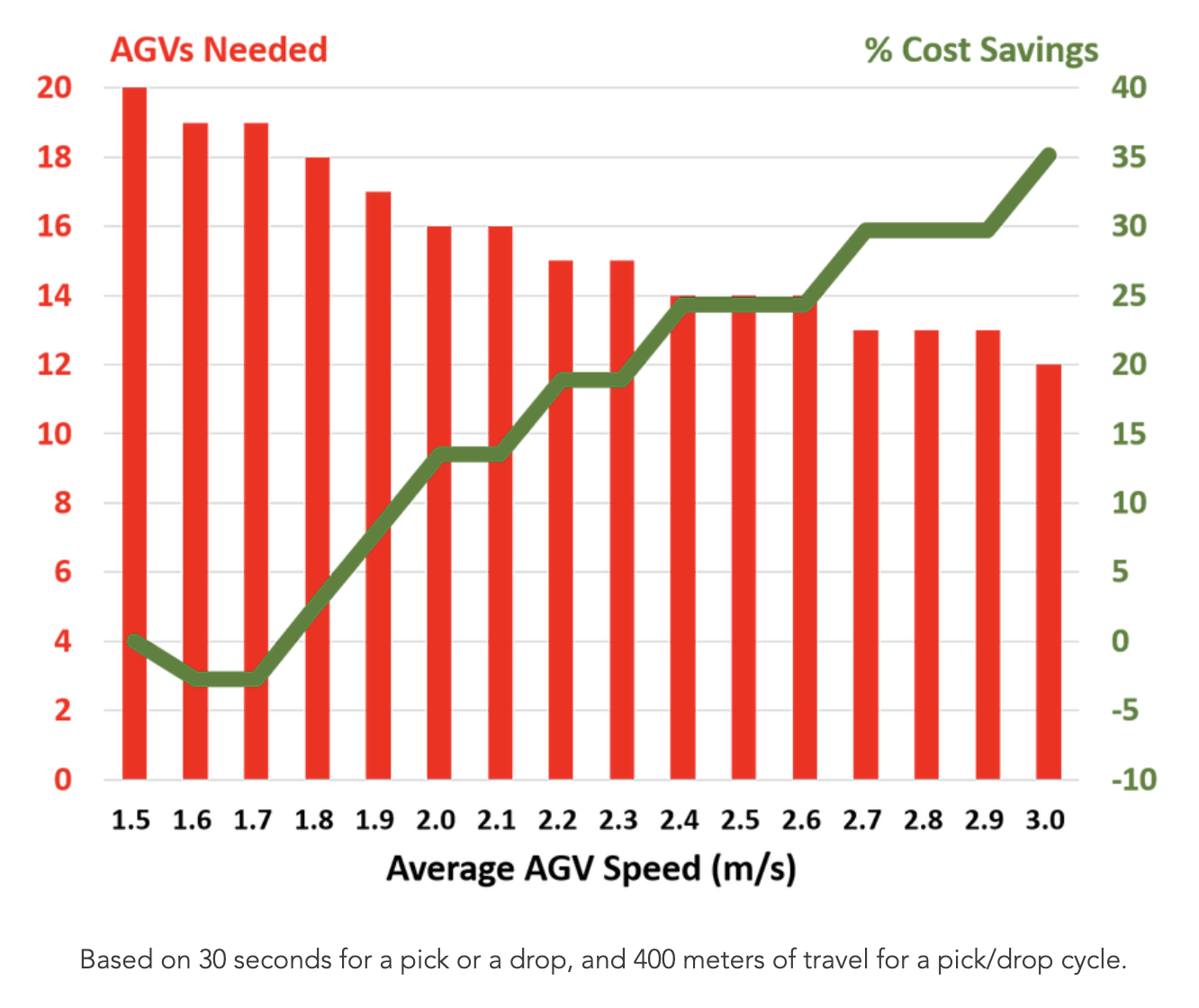 For commercial AGV deployments, speed is a critical driver of cost

Today, most industrial AGVs move at a top speed of 1.5-2.0 meters per second. But there’s tremendous cost savings to be had - as much as 35% - by increasing the speed to 3.0 meters per second. Box Robotics is working directly with AGV manufacturers and solution providers to do just that - and Ouster’s sensors are a key enabler for Tom, John, and the rest of the Box team.

You could say they have a need… a need for speed.

“The Ouster sensors have really shaken up the market with great performance and an aggressive price point that we can justify in terms of the benefits that higher resolution gives us. We’re writing algorithms that localize, classify objects of interest, and plan trajectories for the vehicles through areas cluttered with obstacles - including humans and other objects that today’s safety scanners simply cannot see. We are doing this at higher speeds than ever before. To do that safely, the resolution Ouster gives us is absolutely necessary,” adds John Spletzer, CTO.

Ouster is very excited to be the 3D lidar of choice for the Box robotics team and looks forward to seeing their progress in the coming years.

Box Robotics was founded in 2019 and was acquired by Seegrid in October 2020. Learn more at: https://seegrid.com/box-robotics/

Box Robotics is using the OS1-16 and OS1-32 (Below Horizon beam configuration). Learn more about the sensors here.