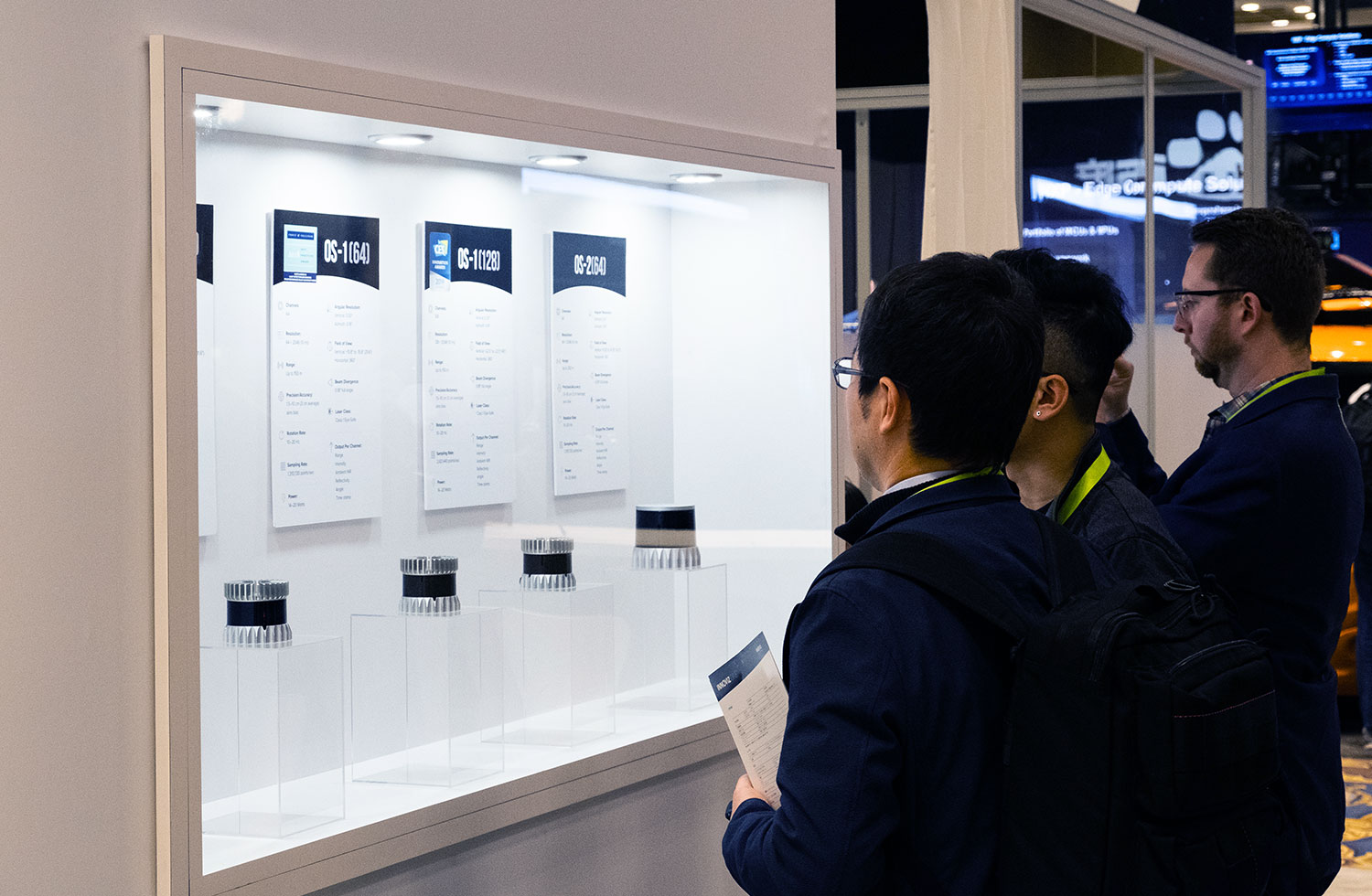 At CES, Ouster will host live demonstrations of an OS1 sensor at its booth, and will also show new videos of the OS1 on the road. Visit Ouster at booth #52903 in Eureka Park at Sands Expo, Level 1, Hall G.

Ouster’s team and technology will also be present for the 2018 North American International Auto Show in Detroit. The company will also have a booth and live demonstrations of multiple OS1 sensors, highlighting its anti-interference technology with multiple sensors operating simultaneously throughout the demonstrations. Ouster’s anti-interference technology is included in every OS1 sensor, and it is applicable to both intra- and inter-vehicle sensor noise. Visit Ouster at booth AD-15 in the Autonomous Vehicle section of AutoMobili-D at the NAIAS.

To schedule a meeting at CES or NAIAS, contact lidar@ouster.io.

“We are excited to show the world our technology at these leading industry events,” said CEO and co-founder Angus Pacala. “The reception to the Ouster OS1 platform has been incredible since we launched in December, and we look forward to getting the product in the hands of all interested roboticists. In addition, to continue our support of universities and other non-profit research institutions, we are announcing new pricing of $8,000 per sensor for these entities – to ensure that leading academics can further their research with access to the best sensing technology.”

To confirm eligibility for research pricing, contact lidar@ouster.io providing your research institution’s details and a brief description of the project the OS1 will be used for.

Ouster emerged from stealth in December, announcing the launch of the company’s new OS1 model lidar, and $27 million in Series A funding. The OS1 represents a step-change in lidar sensing technology that is available on the market today, with marked improvements in mass, form factor, and power requirements. The 64-channel lidar sensor, which also matches the resolution of the highest performing automotive lidar technology on the market today, has begun shipping to customers, and is rapidly ramping up commercial-scale production at a price point approximately 85% below that of its competition.