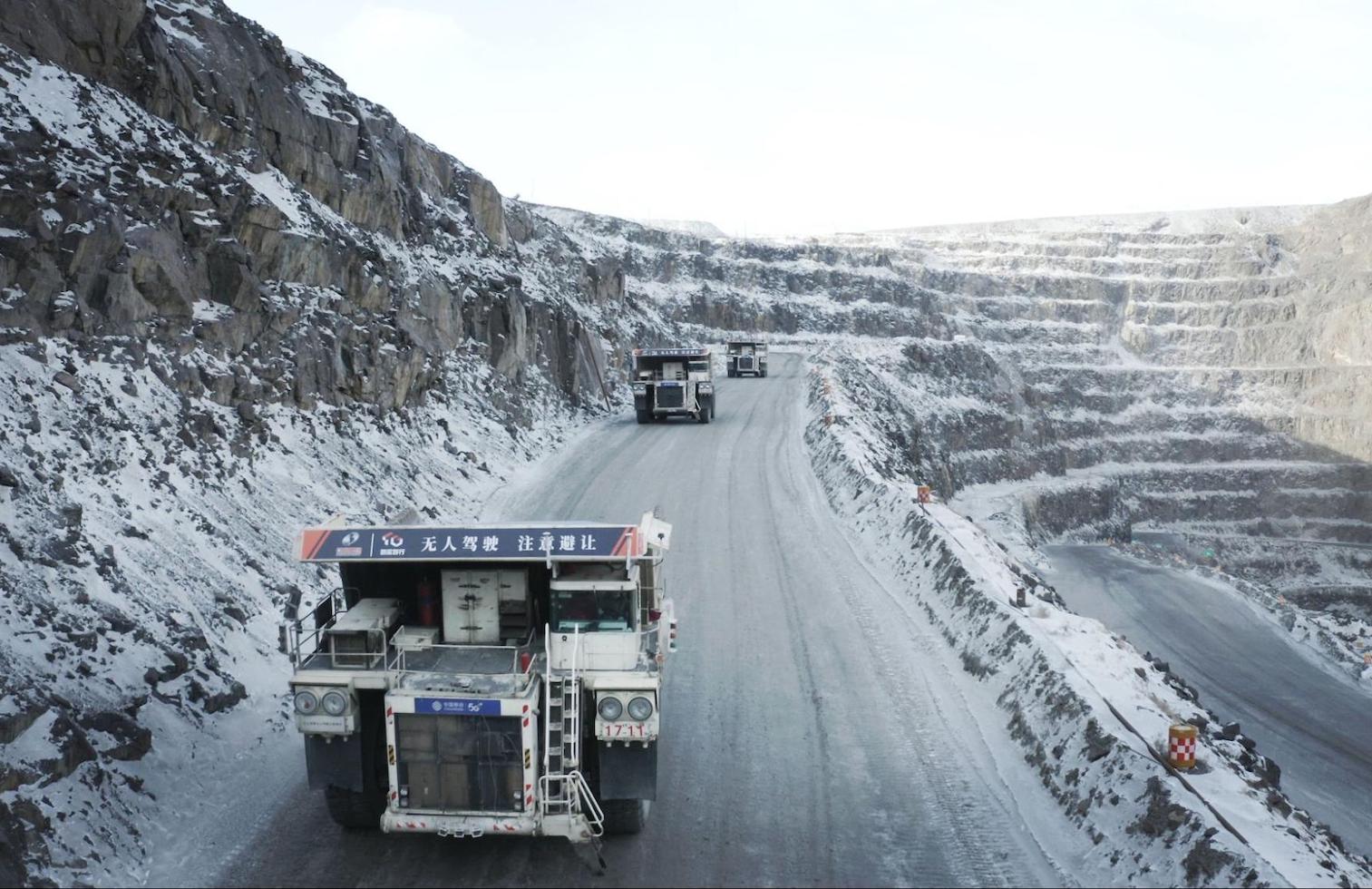 What does operating autonomous equipment in open-pit mines look like? The answer in one word: challenging. When it is sunny and dry outside, conditions are extremely dusty. When it is raining, the roads are muddy and covered with puddles. Moreover, the roads in these environments lack defining features, making it difficult to identify the lane boundaries. These difficulties may lead to false identification, which causes emergency slow-downs and stops. The harsh environment of mines is a challenge to both sensor performance and autonomous driving perception algorithms.

This is what Tage, one of the top three autonomous mining companies in China, is looking to solve with Ouster’s digital lidar. Using an Ouster OS1 sensor, Tage has developed algorithms to provide highly reliable perception for autonomous haul trucks in mining environments.

Currently, more than 40 Tage autonomous mining trucks equipped with Ouster’s OS1 sensor have  been deployed in large open-pit mines such as Baogang group’s Bayan Obo Mine, Ordos Yongshun Coal Mine, and Huolin Henan Open-pit Coal Mine. The fleet size is expected to exceed 150 vehicles by the end of 2021. 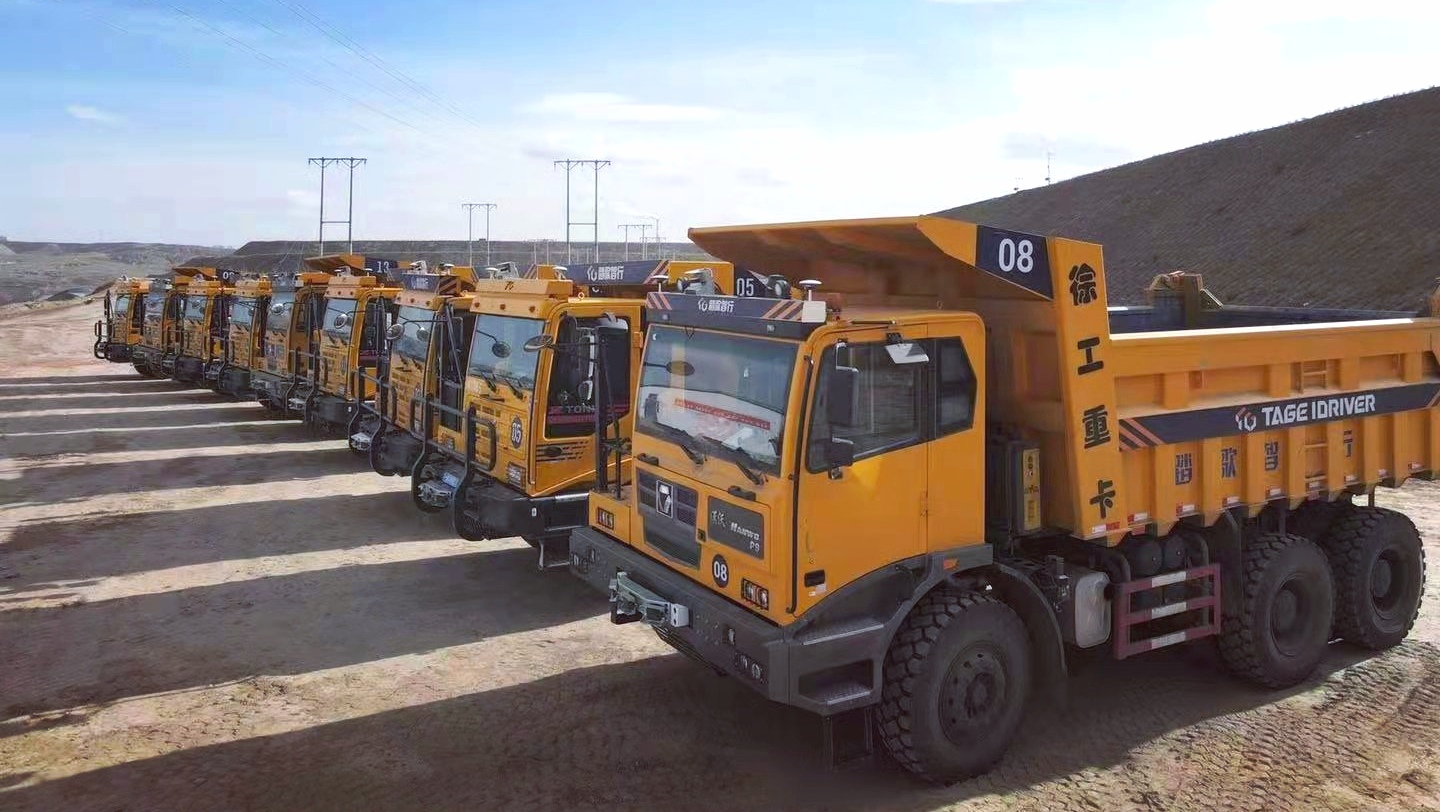 Returning to the first problem of open pit mines: dust. Tage has successfully developed dust filtering algorithms by training Deep-Tage, a deep-learning neural network, on a large amount of point cloud data collected over many years. With this algorithm, Tage can accurately filter out noise caused by dust in the lidar point cloud, greatly improving the vehicle’s ability to reliably identify the driveable surface.

From left to right: (1) video footage of driving in through the dust; (2) the original point cloud with dust; (3) the point cloud after applying the dust filter algorithm

Ouster’s lidar minimizes the impact of such dust particles on the output point cloud data by utilizing a larger optical aperture. This is because, similar to cameras, lidar sensors with smaller optical apertures are less resilient to obscurants. Opaque or refractive obscurants can deflect laser light, attenuate the lidar signal and thereby reduce range in that pixel. With larger beam aperture, signal strength is only partially attenuated instead of completely blocked, and the point cloud will show minimal impact.

All Ouster lidar sensors have also reached the industry's highest ingress protection of IP68 and IP69K. This rating means our lidar can prevent dust from getting into the sensor, and can withstand rain and frequent power washing. Weather durability is one of the many performance benefits of Ouster’s digital lidar over analog lidar technology.

Water on the Road: Puddles

Humidity, rain and puddles can also create numerous issues for autonomous operations in mining environments. To enable vision on mining trucks in wet and humid conditions, Ouster’s sensors operate at a unique wavelength of 865 nm, which is more resistant to water absorption than other lidar wavelengths.

Then there is the issue of frequent puddles on mining  roads. Light reflection is a common problem for lidar technology due to the mirror-like physical properties of still water. When the laser reaches a puddle, part of the light will be reflected to other surrounding objects, which causes a blank spot on the road in the point cloud. Previously, the mining trucks would recognize it as an “undriveable” area and have to slow down or stop. However, Tage has worked with Ouster to solve this problem.

Range-segmentation, a driving area detection network developed by Tage, transforms the 3D point cloud into a 2D image of distance data, and then extracts spatial features through convolutional neural networks trained for processing 2D imagery. The algorithm then identifies puddles and re-categorizes the surface as “driveable” so that the mining truck does not need to slow down or stop. This model is tested and optimized using large data samples accumulated by Tage, effectively solving the puddle problem.

The integration of Tage perception algorithms and Ouster lidar data solves the technical problems created by dust and rain, clearing the obstacles to the commercialization of autonomous mining trucks.

Beijing TAGE IDRIVER Technology Co., LTD., founded in 2016, is a high-tech enterprise focusing on the research and product development of autonomous driving mining vehicles, and the design and implementation of integrated engineering solutions for unmanned open pit mines. TAGE has launched the overall system solution of intelligent mine based on vehicle-ground-cloud architecture. This complete set of unmanned transportation solution for open pit mine consists of cloud based intelligent dispatching management, 4G/5G vehicle network communication, intelligent road side unit and vehicle-mounted intelligent terminal. This universal system can be adapted to numbers of large mine dump truck and non-rigid dump truck models from different brands, and supports both new truck pre-installation and existing truck retrofit. Serving the national development strategy of "new infrastructure" and "smart mine", TAGE continuously carries out technological innovation to provide safe, efficient, economical and green unmanned transportation service for open pit mines.